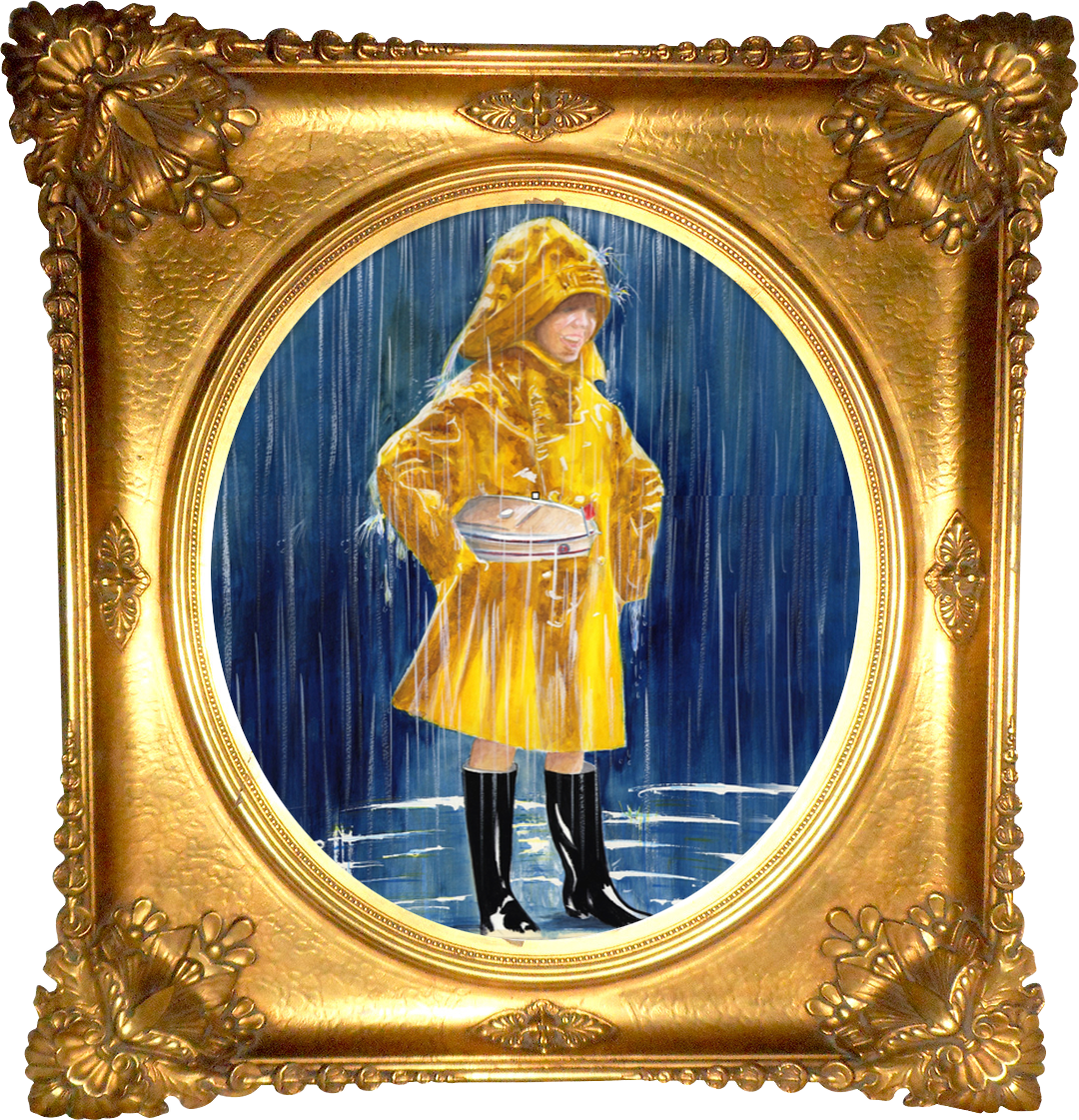 I WAS BORN and grew up on the edge of Sherwood Forest in a little farming village. Everything here was shades of Robin Hood. Naturally, we children made bows and arrows and played freely in the woods, meadows and brooks. When no one came out to play, I knocked up a home made den and disappeared into a wonderful world of books!

Kind people in the village gave us loads of books that gloriously spread all over the house; some for Dad to improve his English, for he was Polish and flew with the RAF in WW2. Other books were from our homely neighbour, Mrs Bradley, who always shared her sweets and sent us annuals and comics her children had grown-out-of. What amazing adventures I had with Peggy, Betty and Joan, The Silent Three, from School Friend Annuals; thanks to Lion, Eagle and Tiger Annuals, I soaked up my brother’s adventure books too. Beano, Dandy, Girls Crystal and Girl - I loved them all, along with more grown up books.

The first of these was an old copy of Oliver Twist, illustrated by Phiz. Feeling grown up now that I was six, I settled comfortably amongst the peace and quiet of old raincoats and welly boots, and let my forefinger lead the way through a jungle of tiny words to find Oliver. That little brain-child of Charles Dickens opened my mind to a world without love - the workhouse - no mummy and daddy, no nice food, no kindness, no pretty clothes, no pet dog, no swings or roundabouts, no Christmas, no stories - OUCH!

How this affected me! I started to help more in the kitchen; not just making cakes and apple pies, but those dull jobs of washing pots and pans, brushing the stairs and dusting the front room. By the time poor Oliver had been beaten by the Beadle and was suffering under nasty Noah Claypole at Sowerby’s undertakers, I was at Oliver’s side, running away. When Oliver stopped at dawn for an emotional farewell with his little friend, Dick, I was there too, crying my eyes out. That’s the power of books; film makers miss this bit out

By the age of seven I wanted to write and produce my own comic stories. Lord Snooty was first in my line up of characters. Using a big block of Mum’s green washing soap on the kitchen table, I managed to print off Lord Snooty and his gang on to blank paper. I made up my own stories for them, which I liked very much, adding Chiefy, Little Plum and Minnie the Minx, who represented me.

I didn’t realise I could draw cartoons myself. In fact, I had no idea I could draw at all. I just did things; when they were successful, I assumed everybody could do the same. My memorable heroic failure to build a go-kart was due to lack of wheels, axels and everything else - except imagination - I had plenty of that!

My elder brother was good at building things though, and was always kind and did exciting things that made me laugh or gasp with amazement; he built model boats that really sailed - and was so forgiving when I took his new motor boat out in the rain, with its paint still wet. Why did I do such a daft thing? I was seven years old and couldn’t resist a thunderstorm of all thunderstorms - it was too good to miss! A flash flood turned the dry gutters of our street into raging torrents, sweeping the motor boat at breakneck speed out of my fingers. Running and splashing alongside, I yelled with delight, for I was a sailor in the boat and looked the part, wearing a new bright yellow sou’wester, matching raincoat and shiny black welly boots.

Later that summer, new model aeroplanes were in production; a horribly pungent compound called ‘dope’ was used for the bodywork and whilst it dried, engines were tested on roller skates with metal wheels. What fun to watch those roller skates whizzing down the drive in a shower of sparks as they tried to take off!

My brother was generous with everything, especially biscuits; he bought them by the packet when working on his models and we dunked them gloriously in mugs of steaming hot tea - and never counted how many we’d eaten!

When my brother joined the Army, I missed him, but at the age ten, when he was posted to the Far East for two and a half years I was distraught! I loved him and he loved me.

And now he was gone.

Two and a half years sounded like eternity. Letters helped and one carried a tiny black and white photo of my brother; there he was, grinning with his peaked army hat set at a jaunty angle. Such a small little square of a picture, but his smile beamed so broad and wide it was as if he stepped out of the picture and gave me a hug.

‘Ay up duck!’ I hear him say, then he’s back in the photo and my heart breaks.

Feeling better for a good cry, I decided to keep hold of my brother by painting him - head and shoulders - life sized! I had never done anything like this before, but that didn’t matter. Here was a way of bringing my brother home so I could talk to him; tell him what we were all doing and how much we miss him. I could ask him, ‘What is it like in the jungle? Why are you there? What’s the food like? Would you like Mum and I to make an all-singing-all dancing Christmas cake and send it by air mail?’

(We did make a splendid Christmas cake which was dropped by parachute near the Army Camp, but sadly, the amazing cake sank into a deep swamp and was never seen or heard of again. I guess it is still there, all sealed up in its biscuit tin tomb - what a strange thought.)

Back to the painting!

One serious problem was lack of paint. After a quick ransack of the house, the best I could manage was plimsol whitener and a tin of black boot polish. I didn’t have a paint brush either, so decided to paint with my fingers and bits of old rag.

The board to paint on was easy; a large rectangle of old plywood was languishing at the top of the garden; it made a good canvas when cleaned with a damp cloth. For an easel, I propped my new canvas up on the wooden ‘horse’ we used for sawing logs and pinned my brother’s picture to a stick.

I set to work with no thoughts of failure. It was one of the most blissfully happy afternoons I have ever known and miraculously, I was left in peace!

It was just me, bringing my brother home to the English sunshine and our singing, chattering birds.

When I finished painting, I knew I was in a bit of a mess, but that didn’t matter. I had something more important to do before cleaning up! Throwing down my trusty painting rag, I turned resolutely away from the painting and walked slowly back down the garden to the house. Only then did I stop, and with great excitement shut my eyes tight and turned around.

This was it. Had I brought my brother back? Will he be here when I open my eyes?

YES! There he was, my brother, smiling at me in black and white with shades of grey making him look solid and real. I ran back up the garden to him, laughing and crying all at once. It was as if Time Itself kindly stood still as I came face to face with my dear life-sized big brother. It was such a special moment, I couldn’t speak, so I sat down with him in companionable silence - the village was quiet in those days.

Eventually, I put the kettle on for tea and raided my money box; you had to use a table knife to get the coins out because it was a miniature post box. There were just enough pennies to nip to the shop across the road and buy a packet of Nice biscuits, like I used to for my brother. Feeling a great sense of occasion, I made a steaming hot mug of tea, put some biscuits on a plate and went up the garden to be with him. I must confess though, I wolfed the biscuits and tea down pretty quickly. Painting and bringing brothers back is hungry work!

So did I go to Art College? Sadly, no. In those days where I lived, painting portraits was not seen as proper paying work. I grew up in the shadow of The Flying Bedstead - the nick name for the first vertical take-off aeroplane. There was a sculpture of it in our quadrangle at school. A pub was named after it, along with another called, The Man in Space.

This was the age of technology. There was no place for artistic little girls to bring their big brothers back half way across the world with a bit of plimsol whitener, boot polish and old rags. . .

“Creativity is one of the essential things about being human.
So you don’t have to apologise for it.
It’s something human beings do.”